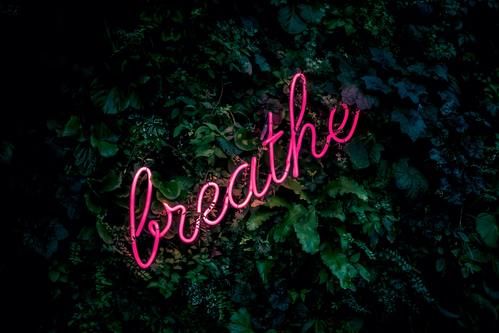 By: Dr. David Campbell
In the beginning… It is hard for me to think of a world that is “formless and void.”   If my imagination were able to consider a world with nothing on it… no people, no trees, no animals, no water… if I could imagine a world that barren it still has form and it is not void.    The thought of “formless and void” is more than my imagination can conceive.  And yet that is where we were.  Then God begins to speak.    And He speaks creation into being.   Sun.  Moon.  Stars.   Oceans.   On and on it goes.   All that God created was called good.   All of it was good, until day six.

26 Then God said, “Let us make mankind in our image, in our likeness, so that they may rule over the fish in the sea and the birds in the sky, over the livestock and all the wild animals, and over all the creatures that move along the ground.”

28 God blessed them and said to them, “Be fruitful and increase in number; fill the earth and subdue it. Rule over the fish in the sea and the birds in the sky and over every living creature that moves on the ground.”

29 Then God said, “I give you every seed-bearing plant on the face of the whole earth and every tree that has fruit with seed in it. They will be yours for food. 30 And to all the beasts of the earth and all the birds in the sky and all the creatures that move along the ground—everything that has the breath of life in it—I give every green plant for food.” And it was so.

31 God saw all that he had made, and it was very good. And there was evening, and there was morning—the sixth day.

The story is told again in chapter 2.

After all God had created, we are created from the dust of the ground.    There is enough there to impress.   But at this point, there is no life, just a body.   Not exactly “formless and void” but not living either.  And then it happens.    7 Then the Lord God formed a man from the dust of the ground and breathed into his nostrils the breath of life, and the man became a living being.   Here is the very first breath.   God breathes into us the breath of life.   Think of everything that had to be ready.   There had to be those nostrils, open to receive oxygen.   There had to be some kind of air passage through which it travelled.   You have to have a heart, ready to pump and move oxygen through your system.   You have to have lungs.   Not one, but two.   What does the lung do?   A physician can answer that.   The simple answer is they allow us to take in life-giving air.

That might be an accurate answer to, “What do the lungs do?”    But it does not scratch the surface of the majesty of God’s creation!    God created us, lying still on the ground with no life, with everything we would need to receive the life-giving gift of His breath.   Adam is there waiting, but really not waiting because he is not capable of waiting yet.   Adam is just there, lifeless until Something comes along to change that.   And that something is the breath of God.    It is Creation.   It is Life. It is the very first breath.
Posted in Zero Dark Thirty